Paul and Holly Merrigan, founders of the Desert Classic Concours d'Elegance, presented the 4th issue of this first major car event, on Sunday, 02/27/2011.
The first event of the year to celebrate the 100th anniversary of the Indy 500.

The show took place at the La Quinta Resort and Club, a majestic set surrounded by the Santa Rosa Mountains.
This year the Desert Classic, besides the historic Indy cars, presented a showcasing of rarely-seen extraordinary and classic automobiles.
We were pleased to look and enjoy those rolling examples of creativity which have been created in the last on hundred years. 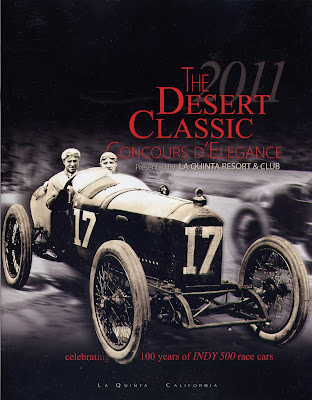 An gathering of an outstanding class of Indianapolis cars dating from the pre-World War I era to modern times were displayed. 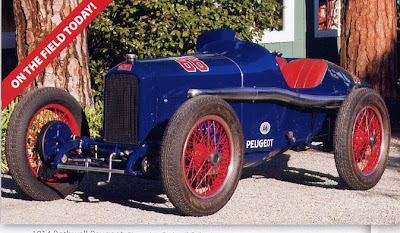 The most revered historic artifact on the field was Ann Bothwell's 1914 Peugeot L45. This car features a 4.5 liter, four cylinder engine that has an early version of a head with dual overhead crankshafts, and hemisferical combustion chambers, an architecture that has endured in high performance cars up to this day. It began life on the European Grand Prix circuit, and came to America, when the World War I temporarily ended racing in Europe. Alphonse Kaufman, the Peugeot importer who brought the car here, also engaged Dario Resta, an Italian-born driver who was raised in England. Using the Bothwell car, Resta finished second at the 1915 Indianapolis 500, and won the event in 1916. He also won the U.S. National Championship in 1916. 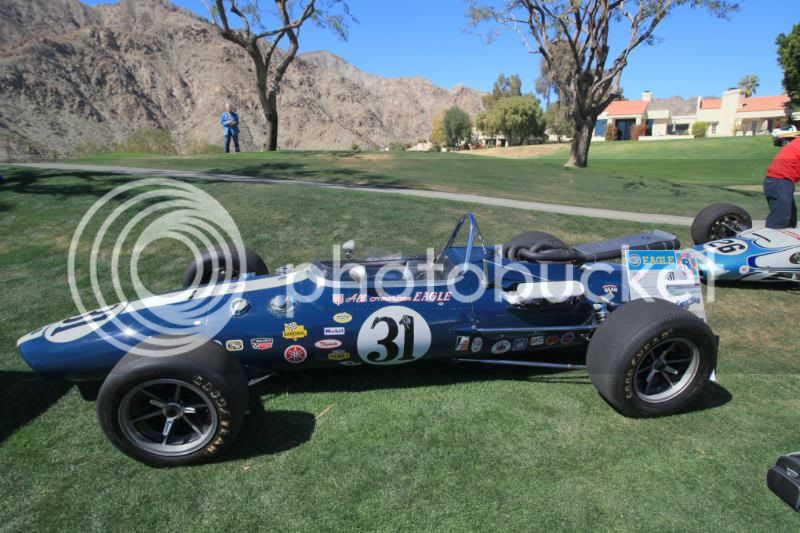 Some of the classic Indy cars in exibition.