2012 Lexus LFA
For the Price of Three 911 Turbos: The Japanese Giant Dives Into the Deep End of the Pool
Motor Trend Magazine - October 20, 2009 / By Arthur St. Antoine 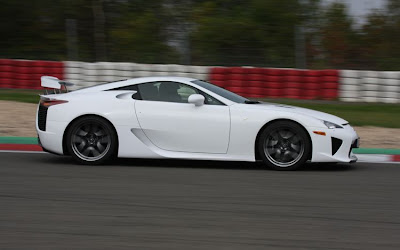 True, the limited-edition, two-seat, rear-drive LFA supercar, due to appear here in early 2011, will hide its Toyota roots behind the velvet rope of its maker's Lexus brand, but the sticker is staggering nonetheless. The most expensive model in the current Lexus portfolio, the LS 600h hybrid luxury sedan, starts at $106,910.
"The LFA is a halo car for the F marque," says national manager for Lexus Advanced Business Development Paul Rohovsky, referring to the Lexus F performance division (think "AMG Mercedes") behind the IS F sport sedan. Indeed, Rohovsky is candid: "The LFA will raise passion for the brand, an admitted Lexus shortcoming," he says.

How do you inject "passion" into a lineup encompassing supremely competent but generally narcotic offerings like the RX 350 sport/ute and even the vaunted LS 460 premium sedan? To Toyota's way of thinking, you do a cannonball right into the pool currently occupied by the likes of Ferrari, Lamborghini, Aston Martin, and Porsche.


Mind you, Toyota isn't diving in naked. "I have spent one-third of my career working on this single car," says LFA chief engineer Haruhiko Tanahashi, evidence not only of Tanahashi's tenacity but also of the LFA's unusually long gestation. Born of a clean-sheet concept etched in 2000, the first teaser car (then named LF-A) appeared at the 2005 Detroit show. Two years later came a revised concept; by then, camouflaged LF-A prototypes were making regular blitzes around the Nürburgring. Shadowy details emerged: Toyota was building a monster.

As inspiration, Tanahashi turned to Toyota's Formula 1 racing program, then playing to 3.0-liter V-10 regulations. So it was that the team sculpted an all-new, naturally aspirated V-10, this one a 4.8-liter with a 72-degree bank angle (optimal for smooth firing with a five-throw crank), dry-sump lubrication to lower the center of gravity (no giant under-engine oil pan), and an individual throttle body for each cylinder. Though it can't match an F1 car for revs, the LFA V-10 still spins like Karl Rove on a Tilt-A-Whirl: Redline is 9000 rpm. And while relatively compact and light, the engine screams with 552 horsepower at 8700 rpm. 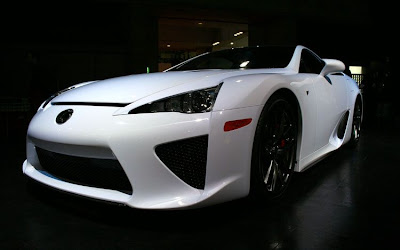 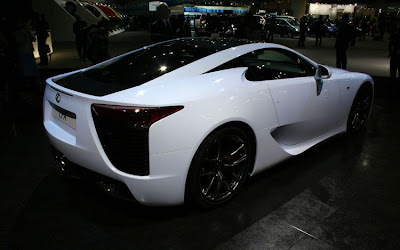 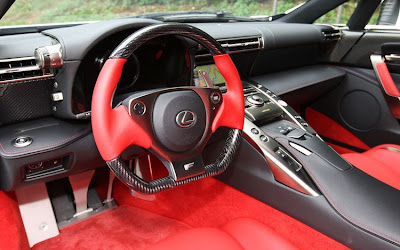 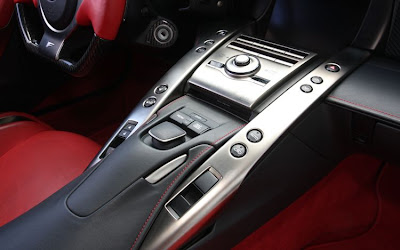 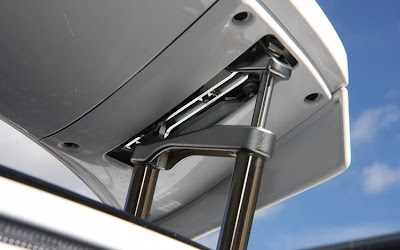 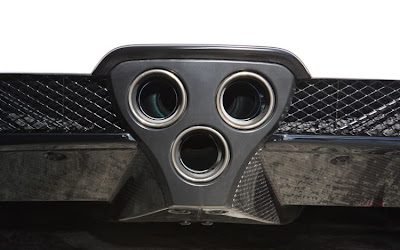