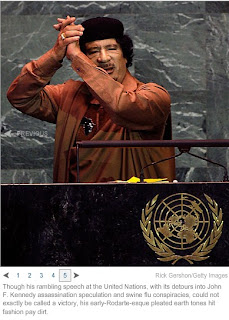 Since completing his transition from international pariah to statesman, Colonel Muammar Qaddafi—the longest-serving leader in both Africa and the Arab world—has brought color and his own eccentric panache to the drab circuit of international summits and conferences. Drawing upon the influences of Lacroix, Liberace, Phil Spector (for hair), Snoopy, and Idi Amin, Libya’s leader—now in his 60s—is simply the most unabashed dresser on the world stage. We pay homage to a sartorial genius of our time. @vanityfair.com

Ugly man of fashion, Libyan leader Colonel Qaddafi shows off his wardrobe to the world, and like MOST American rock stars / film stars..... Maybe he can star in the next over. 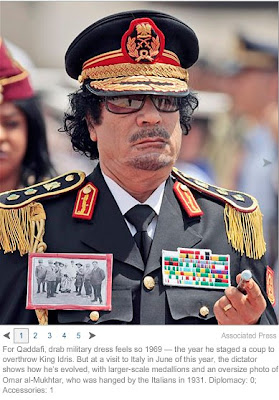 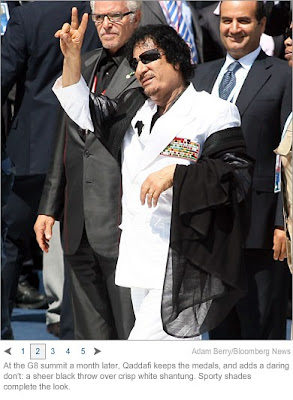 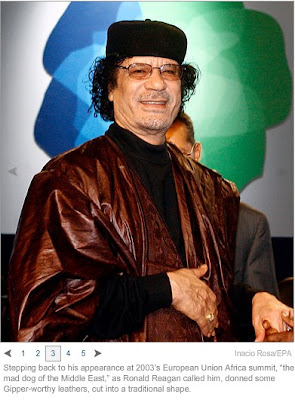 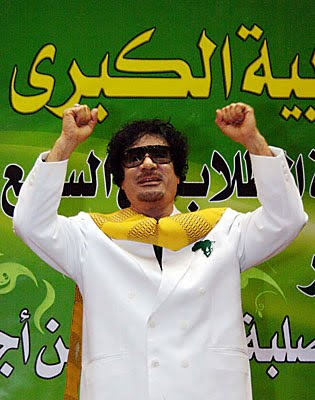 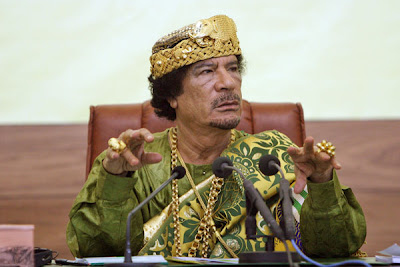 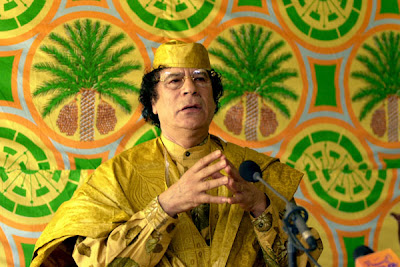 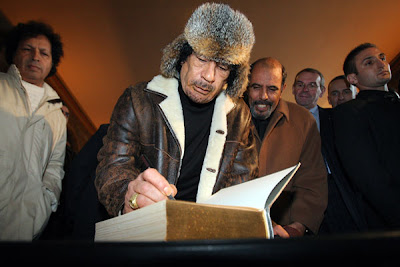 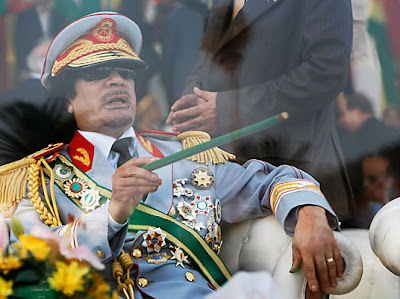 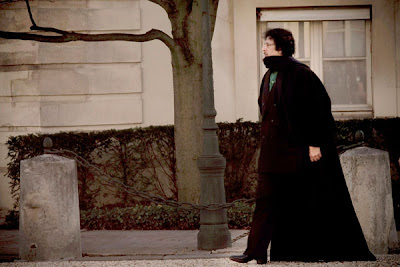