Rolling Stone Magazine - Sep. 09 - Why the Beatles Broke Up 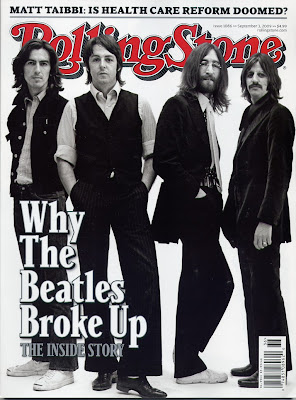 I came of age in the time that was also the age of the Beatles, and I've always been grateful for that simultaneity. Along with the Beatles, and no doubt because them, many of us grew into an awareness that shared tastes in music might also amount to shared community, and that community could amount to new ideals, new oppositions, new fun, art, fear and political power. Now, these years later, I think of the Beatles as one of the most romantic and dramatic exemplars of democracy that helped move youth culture in the 1960s: They were themselves a democratic unit — all for one, one for all, and in times of disagreement, they nonetheless enjoyed a fraternal sense of accord that made consensus a functional part of their shared dreams.

But democracy is always tenuous and, in any real way, ephemeral, and it was how the Beatles exemplified these latter qualities that is what made for the dynamics we saw at work in the Beatles' end story. By the time they came apart, no matter the personal differences and rivalries and any internal pain and madness, the Beatles were just too big and important to break up without saying something about the world that they had helped shape. As the 1960s' hopes of community and free-form democracy gave way to something harder and more bitter, the Beatles too fell prey to the dissolution, and they knew it. After all, they had believed so deeply in love as a means to personal and social redemption, there was no way they could leave each other without breaking both their times and each other's hearts. 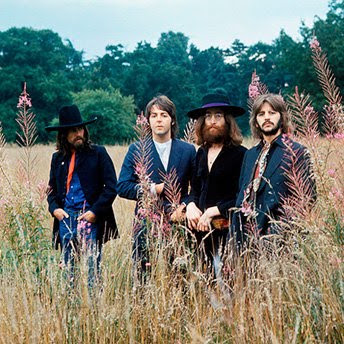 The Illustrated Guide to the Beatles' Breakup: The Inside Story

This has all been observed in many ways in the past, and will be for generations to come. Yet even if it makes a sad sort of sense — a symbol of unity that ends, like the era it centered, in disunity — there will still always be something mysterious about why and how the Beatles came apart the way they did, in so much rancor and avarice. John Lennon always referred to the band's end as "a divorce," but that was simply how he justified his own leave-taking (and clearly, Lennon was no model for how to separate fairly from others, given how he left his first wife, Cynthia).