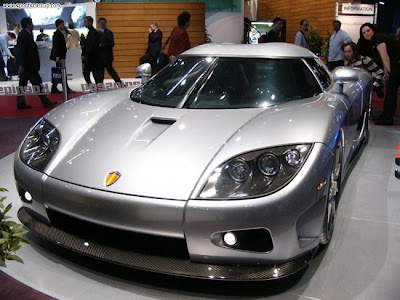 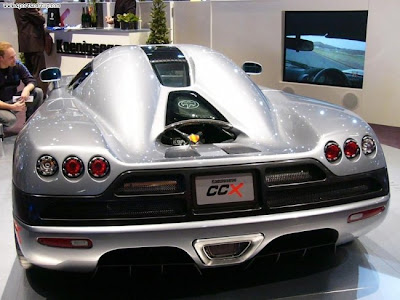 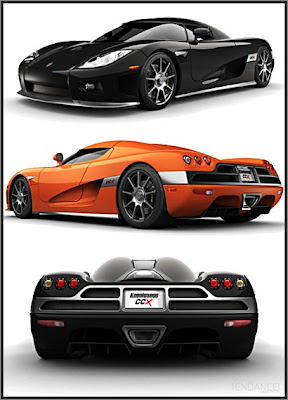 The Koenigsegg CCX supercar is one of Europe's premiere racing cars, but it is only available for consumption by those who have the ability to shell out the money needed for such an expensive, yet luxurious purchase. The Competition Coupe X is one of Koenigsegg's latest exotic car creations, all of which are known to be some of the best speed cars in the world. Koenigsegg sports cars are not available for mass consumption, mainly due to the large price of such automobiles. Base price is $540,000 + taxes, while fully equipped supercar costs $600,900 + taxes. The Koenigsegg CCX is a great purchase for those who can afford it, due to the fact that it is the tenth anniversary issue of the 1996 CX supercar model, which is one of Koenigsegg's best creations.
The supercharged V8 806 bhp @ 6900 rpm (redline at 7600 rpm) engines inside 1180 kg (2691 lbs) Koenigsegg CCX exotic cars are specially created for the people who design the Koenigsegg CCX though the design is highly based off of the Ford Modular engines, which provide other foreign companies with some of the best engine templates available. The engine is very compatible is various fuel types, and is able to run via gasoline and other bio-fuels, which are proving to be highly marketable, as well as the cars that can accommodate such technological advances. It is fully compliant with California emission regulations and is a street-legal motor. Koenigsegg CCX prides itself on being one of the best producers of tough, speedy cars, while also trying to adhere to environmental procedures that are growing with the high fuel prices and a stricter outlook on global warming.
The Koenigsegg CCX is the world's fastest car with a V8 engine, and has consistently won awards from various institutions all over the world, not only for its design and ability to operate at high speeds, but also for the ability of the people at Koenigsegg CCX to keep reinventing their product in a way that helps other philanthropic organizations. The Koenigsegg CCX is a great supercar to commemorate the tenth anniversary of the CX, while still being a great car independent of any others.

Koenigsegg CCGT is the racing version of the CC. The CCGT complies with the ACO and FIA GT1 regulations.

Geneva Auto Salon Press Release
The NLV Quant – By Koenigsegg
Swedish supercar marque Koenigsegg and NLV Solar AG, a pioneer in photovoltaics and accumulator technology, have joined forces to create the Quant. The brainchild of this marriage of power and energy is a four-seater solar electric car. A full-scale model is to be unveiled at the 2009 Geneva Salon, with the two companies currently working on running prototypes to scale up for series production.

Two companies, one vision
The project was born when NLV Solar AG commissioned the environmentally aware Swedish supercar manufacturer Koenigsegg to develop and design a “car of the future”, incorporating NLV Solar’s groundbreaking, proprietary technology in the felds of photovoltaics and accumulators.

In 2008, the two companies signed a co-operation agreement to create a test vehicle for a unique propulsion system which makes optimum use of
the solar technologies developed by NLV Solar AG, allied with an innovative accumulator unit. The groundbreaking thin-flm solar-cell coating is being implemented in one of Koenigsegg’s signature avant-garde designs. 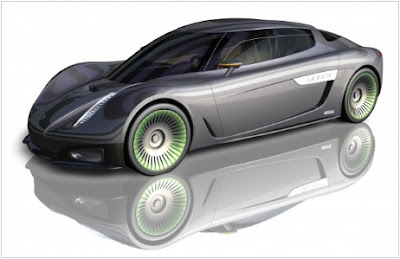 Groundbreaking technology
The advances in electric power generation and storage, combined with the aerodynamic, futuristic Koenigsegg design and engineering, will enable the NLV Quant to charge the FAES(Flow Accumulator
Energy Storage) to full capacity in 20 minutes and give the vehicle a range of 500 kilometres. The
additional power input from the invisible, thin-flm photovoltaic coating that covers the body of the car, further increases the range potential.