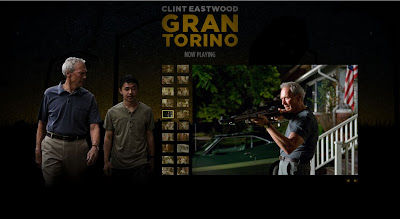 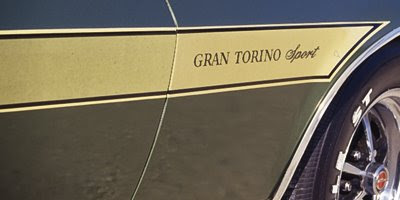 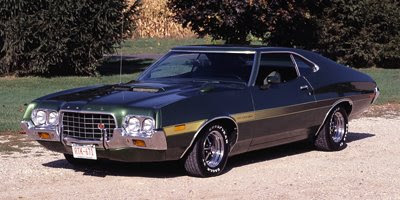 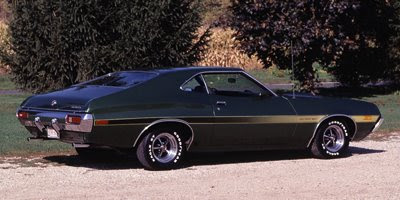 An Unlikely Movie Star: 1972 Ford Gran Torino
by Damon Bell
I went to see Clint Eastwood's new movie Gran Torino recently. As a certified car nerd, I find it difficult to stay away from any movie that promises significant screen time for interesting cars. This film is actually named after its "star car"--a 1972 Ford Gran Torino--so I figured the titular vehicle must play a key role. Plus, I was intrigued by the unconventional choice for the automotive "lead."

In general, Gran Torino plays out as a fairly conventional Hollywood melodrama with overt Oscar aspirations. Clint Eastwood plays Walt Kowalski, a freshly widowed Korean war veteran and retired Ford assembly-plant worker. Ol' Walt is a crusty, two-fisted codger who seems to be growing more alienated every day from the changing America around him. He stews over a long list of gripes: His cherub-faced priest is after him to go to confession. His well-off middle-aged son totes his disrespectful, self-absorbed family around in a Japanese-built Toyota Land Cruiser SUV. His dingy middle-class Detroit neighborhood is steadily being taken over by Hmong immigrants from southeast Asia, which fans the flames of his long-held bigotry. This old soldier's supposed "golden years" are shaping up to be a pretty dour, lonely time.

One of Walt's new next-door neighbors is Thao, a sheepish Hmong teenager with problems of his own. Thao is being harassed by a pack of young Hmong thugs who want him to join their gang. They pressure him into attempting to steal Walt's pristine 1972 Gran Torino Sport as an initiation rite, but Walt foils the theft. Soon after, the increasingly aggressive gang members return to pressure Thao again. Walt shoos them away at gunpoint, and becomes a reluctant hero to Thao's family and the rest of the neighborhood. Walt eventually ends up taking Thao under his wing, but the thugs don't relent. Kowalski takes matters into his own hands, leading to a climactic confrontation.

Furthermore, the 1972 model year heralded the sad end of the muscle-car era, and of Detroit's unquestioned dominance of the automotive market. Motown's high-horsepower big-block beasts were suddenly a dying breed, thanks to new emissions regulations, spiraling insurance costs, and a changing social climate. The '72 Gran Torino's highest-horsepower engine option was a lukewarm 248-horsepower 351 V8--a far cry from the 370 horsepower-plus big blocks of just two years prior. And the road ahead for Detroit held depressing developments like 5-mph bumpers that wreaked havoc on sleek styling, an OPEC oil embargo, and sinking quality control standards. Foreign car manufacturers gained a foothold in the U.S. as American buyers began moving to import cars in larger numbers.

Today, a 1972 Gran Torino's swoopy fastback styling, funky graduated "laser stripes," faux hood scoop, Magnum 500 wheels, and white letter tires give it an undeniable nostalgic allure. But it's not going to win many stoplight races, or sell for big money at a Barrett-Jackson auction. In 2009, its appeal to the masses is primarily as a retro, kitschy curiosity. Indeed, Walt's text-messaging, belly-ring-wearing granddaughter lobbies him to pass the car on to her, but she has no genuine affection or respect for it. She sees it only as an ironic, disposable fashion accessory.

Clearly, the makers of Gran Torino didn't just happen upon this car... they chose it very carefully for its symbolic value. Both Walt and his car are products of another time--they don't make 'em like that anymore. A '72 Gran Torino represents the last gasp of the glory days when old-school Detroit reigned supreme... Walt Kowalski's glory days. Today, it's a nigh-forgotten relic, a symbol of an America that no longer exists... just like Walt. It's Walt's personal shrine, a symbol of his idealized memory of the way things used to be. But in the cold light of history, with all sentimentality stripped away, maybe the "good ol' days" weren't so unfailingly great after all. In the end, Walt's Gran Torino shows us that the American dream isn't what it used to be, and that's not necessarily a bad thing. A pitch-perfect job of automotive casting, I'd say.
Posted by MoVilla at 8:00:00 PM