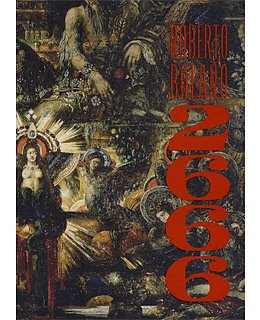 It's baffling, maddening, difficult, violent, obscene, over-indulgent, under-edited and way too long, but 2666 — a number that appears nowhere in the actual book — is also the best novel of the year. The two central plots of 2666 are, very loosely speaking, the life story of an enigmatic German novelist called Archimboldi, and a murder mystery about the killings of hundreds of women in and around a seedy Mexican town called Santa Teresa. But only two of the book's five sections (2666 is a bit like Dante's hell, in five easy circles) deal with those stories directly. Packed with red herrings and digressions and leads that lead nowhere, 2666 is a work of anger and anarchy that laughs bitterly at the idea of tidy resolutions. It's like a Borges story that exploded. But beneath the chaos is a fanatical order, the desperate artistry of a genius scribbling as his life ran out — Bolaño died of liver disease . by Lev Grossman 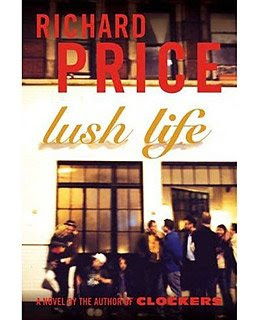 Book critics talk a lot about "crime novels" that "transcend" their "genre." Lush Life doesn't transcend anything, it simply is a great novel of social observation. This is what Dickens would be doing if he were still in business. Price's playground is the Lower East Side of Manhattan, a tiny area that hyperdevelopment has made, if anything, overly lush and full of life, crowded as it is with rich white hipster bars, tenements full of wannabe artists, poor black projects, and immigrant businesses of all kinds, all packed together into too-close quarters. One night a drunk white aspiring actor (i.e., a bartender) gets shot to death by two black teenagers. The witnesses are unreliable at best. The cops — cops are to Price what saints were to Michelangelo — who work the case do so cynically, sardonically, bitterly and with fanatical tenacity, all while uttering the best dialogue being written anywhere by anybody. by Lev Grossman 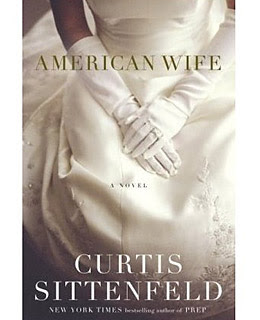 The title character of Sittenfeld's novel is Alice Blackwell, a Midwestern girl whose bio — raised in a small-town, degree in library science, married to the ne'er-do-well son of a powerful political family — mirrors that of a certain soon-to-be-former First Lady. But you don't need to be interested in the Bushes or in politics to reap this novel's rewards. In her best-selling debut Prep, Sittenfeld established herself as an empathetic observer of the adolescent mind; here she applies the same skill over decades, building Alice's character with such clarity and finesse that you come to understand — as you can in novels — why this woman makes every decision she makes. If the elusive truths of the Bush Administration turn out to be stranger than fiction, we'll at least know that the fiction inspired by the Bushes can be first-rate. 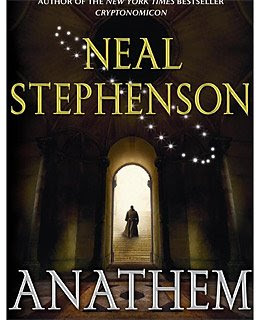 There is only one kind of novelist left who takes seriously the idea that complicated intellectual ideas can be the basis for an enthralling narrative. That is the science fiction novelist. In order to write Anathem Stephenson created an entire planet from scratch, a world in which mathematicians live in monastic cloisters, sealed off from the chaos of the secular world, except in times of dire, disastrous need. With this setting at his disposal Stephenson stages a visceral and even moving thriller driven by philosophical and quantum-physical theories about alternate universes. It's a scheme that makes considerable demands on the reader, and returns even greater rewards. 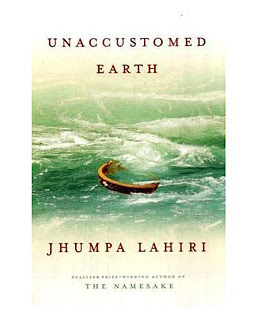 Lahiri's first story collection, Interpreter of Maladies, won the Pulitzer and earned her a devoted audience. It also set the bar sky-high for any stories that might follow. Somehow, with her second collection, Unaccustomed Earth, she clears it. Lahiri is on familiar ground here — writing in finely tuned, hypnotically even sentences about Bengali families finding their way in America — but she stretches out, literally, into longer, more complex narratives. The title story and the masterful "Hell-Heaven" establish themes of quietly splintering families and thwarted passion; from there the collection builds in intensity to the triptych "Hema and Kaushik," whose final installment brings together two star-crossed lovers, then cruelly tears them apart. 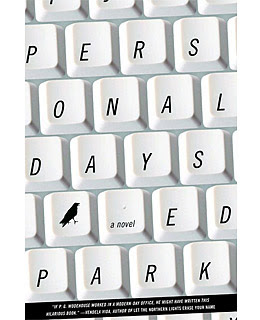 It's a quirk of modern fiction that a lot of the people who read it work in offices, but very few of the people in it do. As Joshua Ferris's Then We Came to the End did last year, Personal Days takes a step toward correcting the imbalance. Set within the confines of a nameless, failing white-collar business, it chronicles the company's increasingly intense, intricate office culture, which gets more and more ingrown and self-referential and radioactive with each layoff. "It's possible we can't stand each other," says the novel's first-person-plural narrator, "but at this point we're helpless in the company of outsiders." This is a book that gets frighteningly truer month after month. 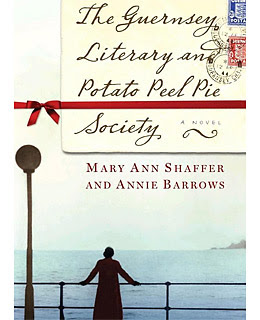 7. The Guernsey Literary and Potato Peel Society by Ann Shaffer and Annie Barrows

Shaffer died earlier this year, leaving this book to be finished by her niece. The result of their joint efforts is a con job: it comes at you like a quirky, fluffy piece of chick lit about a lonely thirtysomething writer named Juliet in postwar . But once you're in the door reveals itself to be an entirely different animal, a story about war and peace and love and death that's much smarter than it has any right to be. Through a chain of used books and charming letters, Juliet ends up visiting the war-shattered Channel , where the gutsy, eccentric inhabitants are trying to reconstruct their lives in spite of all the missing pieces. proves that love stories don't have to be fantasies; they can be tart and wise and real. 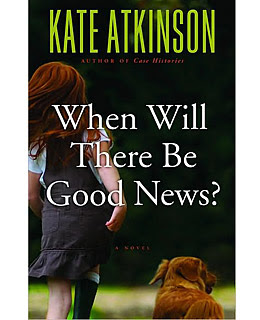 8. When Will There Be Good News?

Uncategorizable, unputdownable, Atkinson's books are like Agatha Christie mysteries that have burst at the seams — they're taut and intricate but also messy and funny and full of life. As a little girl Joanna Hunter watched her mother and sister (and dog) be stabbed to death by a stranger. Thirty years later, just as the killer is being released from prison, Joanna disappears. It would be incorrect to say that Atkinson's two sleuths, Jackson and Louise, spring to the rescue — more like they're roped into the rescue by chance and their own cynical, world-weary good-heartedness. And it's on chance and luck as much as anything that the final mystery turns. 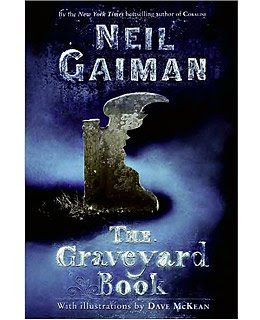 9. The Graveyard Book by Neil Gaiman

Bod's family were killed when he was only a toddler. To escape the murderer he fled into a graveyard populated by an odd assortment of ghosts and other supernatural entities, who take it upon themselves to raise and educate the little boy. Over the course of the novel we hear the stories of their lives, deaths and afterlives, and Bod's childhood becomes a gothic, inverted Jungle Book: the ghosts teach him things only the dead know, and he grows up loving things most children are taught to fear. Gaiman's prose is all charm and arch, gallows humor, but his whimsies are never as harmless as they first appear, and there's much more to The Graveyard Book than your average young adult novel. 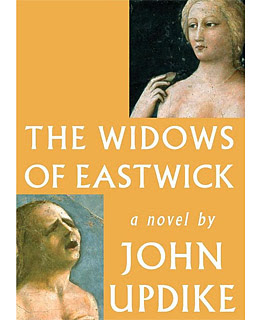 10. The Widows of Eastwick

When last we saw our suburban sorceresses — Jane, Sukie and Alexandra — they had married their men, dissolved their coven and dispersed. But now they are old and widowed, and it's time they returned to Eastwick to reckon with their past sins and see what's left of the powers they once wielded. Granted, the witches were always less feminist heroines than they were male fantasies of what feminist heroines would be like if they were sexy and sassy and boy-crazy. Still, Updike chronicles the slow decline of their aging bodies with his usual eldritch precision, and even an unexpected tenderness. With death staring them down, and their precious sex appeal waning, the witches must decide whether to call it quits or gamble on old age bringing a new kind of enchantment.