The Alfa Romeo 33 Stradale. The Most Sensous Alfa Ever?

Alfa Romeo 33 Stradale, by Franco Scaglione - 1967
(...many consider to be one of the most beautiful designs ever.) 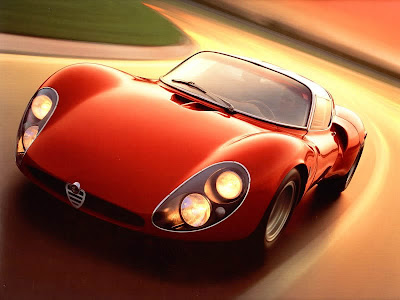 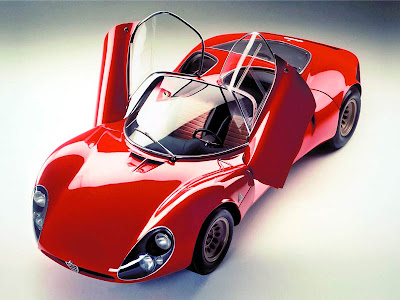 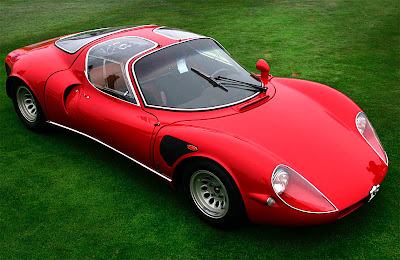 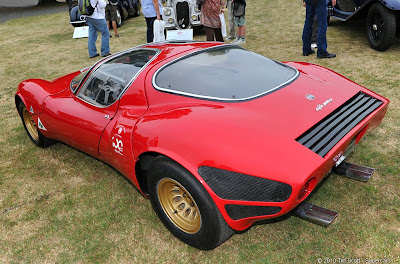 Continuing the string of enchanting designer bodies for Alfa Romeo in the 1950s and 1960s (see the Pininfarina custom body for Alfa Romeo 33, for example - revealed at Paris show in 1969 and discussed in our previous article), Alfa Romeo 33 Stradale ("Street") is another curvaceous beauty, as desirable as it is rare.
The street version of the Alfa-Romeo Tipo 33 racing car was designed by Franco Scaglione, a major talent who just left Bertone studio, and went free-lancing... apparently losing none of his master touch. 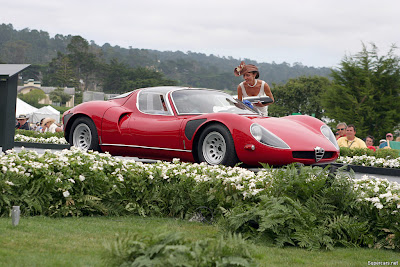 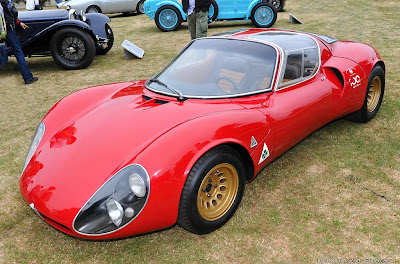 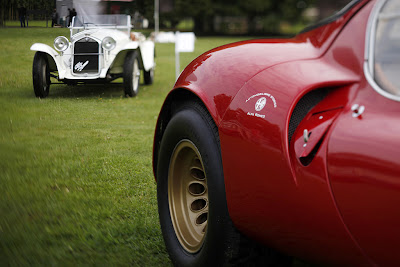 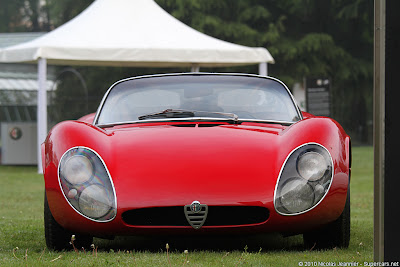 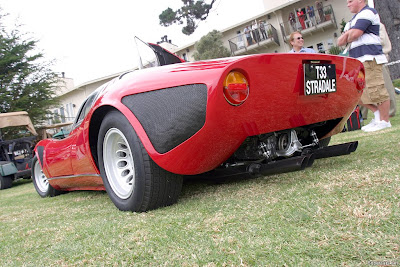 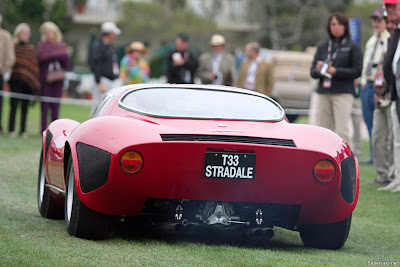 The first production vehicle to have "butterfly" doors, the first mid-engined Alfa Romeo road car appeared at Milan Motorshow in 1967. Its voluptuous, nicely proportioned shape many consider to be one of the most beautiful designs ever.

On a racing track the car was intended to lock horns with Ferrari (that was promoting its own famous Dino 206S back then) and with a line of 910s from Porsche. The 33 model performance was called "unprecendented": indeed, considering it went from 0 to 60mph in just 6 seconds - and could reach maximum speed of 162 mph (260 km/hr) - making it a true supercar at the time! Perhaps even better than Ferrari Daytona...

Only 18 such cars have been built, mostly due to their astronomical price. Some versions had entirely different front-end styling.
The 33 Series Alfa-Romeo chassis proved to be attractive to numerous stylists, among them Bertone, Pininfarina, and Ital Design from 1968 to 1976. In the next articles we'll try to cover these rarities as well. 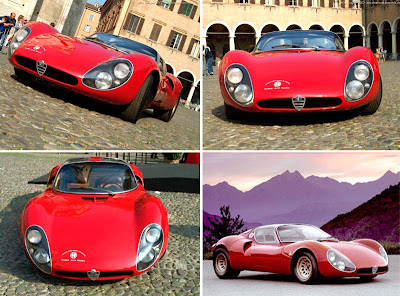 "Muscular, aggressive and sensual, the 33 Stradale was magnificently sculpted"