Advancements in science and technology in the twentieth century brought about great changes in many fields including the automobile industry. The Italians were among the forerunners of these developments in this industry. The names Ferrari and Lamborghini are known throughout the world for their achievements in this field and primarily for the sports cars they developed. These are names synonymous with innovative, stylish, high-performance cars. However there is yet another lesser-known Italian who deserves to belong to this illustrious group and that is Giotto Bizzarrini.

Bizzarrini’s youth and education Giotto Bizzarrini was born in a tiny village called Quercianella in the Livorno province in Tuscany on 6th June 1926. Bizzarrini’s antecedents were all engineers. Imbued with the typical wild Tuscan spirit, Bizzarrini spent his youth mostly in the rough, in the forests of his birthplace, hunting and fishing, later deciding to take up his family trade. He enrolled in the University of Pisa to study engineering. As a mark of completing his course, he demonstrated his learning and skills by building an entire car from scratch. He then went onto become a teacher at the same university.
Pitstop 1- Ferrari

However, the restless Tuscan was not content with his academic job and in 1954 quit the University to join the experiments department at Alfa Romeo as a test driver. In 1957, the death of a test-driver at the world famous automobile manufacturing company Ferrari left an opening that Bizzarrini desperately wanted to fill. Bizzarrini secured an interview through some connections in the Ferrari company higher-ups and joined Ferrari in February 1957. By 1958 he became the head of Controlling and Testing for Production. It was during this period that he met another Tuscan, Carlos Chiti, with whom he went on to collaborate in many projects.

Those were momentous times at Ferrari with some great minds working on the complex automobile design issues of the day. In 1961 Jaguar released the high-performance Jaguar E-type that set alarm bells ringing at Ferrari. The onus fell on Bizzarrini to come up with a fit reply to Jaguar. He worked hard and fast with just four other loyal Ferrari engineers. Their efforts resulted in the world famous Ferrari 250 GTO.

But Bizzarrini was not there to celebrate the success of their efforts. He along with his friend Chiti and a few others resigned from Ferrari in what became a much publicized ‘walkout’ protesting the impulsive decision of Enzo Ferrari to expel one of their friends Gardini. Count Volpi du Misurata of the Scuderia Serenissima then hired Bizzarrini, Chiti and two others to design a car to rival Ferrari’s GTO. But that venture too fell through and Bizzarrini had to look for newer pastures.

This was the time another significant personality entered Bizzarrini’s life. Renzo Rivolta, owner of Iso, a small car manufacturing company in Bresson, Milan was looking for an enterprising individual to test drive and make design changes to a prototype called Gordon GT that he had developed in association with British engineer John Gordon. Bizzarrini exactly fitted the bill and was hired by Rivolta. Bizzarrini absolutely hated the car’s design parameters but fell in love with its V8 engine, a Corvette 327. He advised Rivolta to scrap the original design and instead design a car from scratch but with this same engine. It was during this period that Bizzarrini set up his own consulting company Autostar in Livorno. In 1963 the contract with Rivolta ended and Bizzarrini went on to work for Campagnolo and ASA, another GT manufacturer for whom he developed the ASA 1000 GT.
Pitstop 3 – Lamborghini

Bizzarrini’s next pitstop was at the stables of the legendary Ferruccio Lamborghini. Lamborghini allowed Bizzarrini to give full vent to his creative genius. Lamborghini commissioned Bizzarrini to build a 350hp engine with 12 cylinders. As an incentive, Lamborghini promised him a bonus for every additional horse power that Bizzarrini could extract from the engine. The final engine, a 3500cc, 350hp, 9000rpm model, was completed in 4 months. Lamborghini was delighted and rewarded Bizzarrini well. 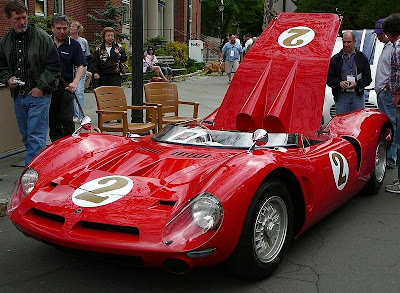 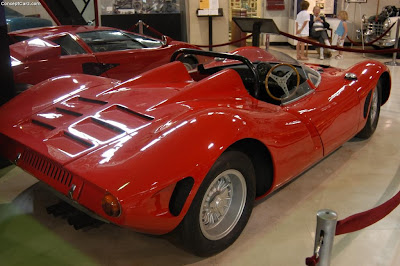 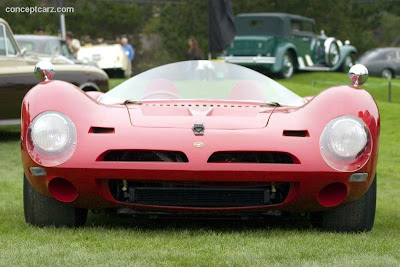 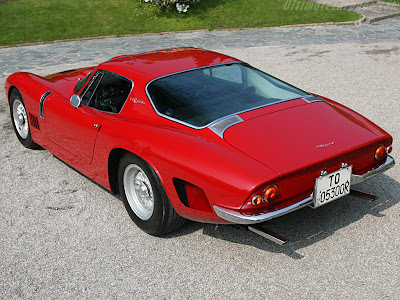 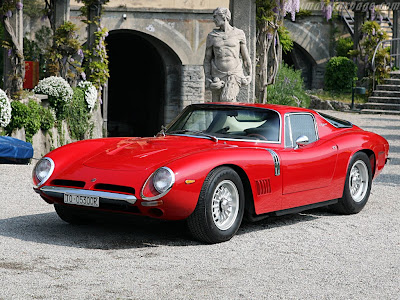 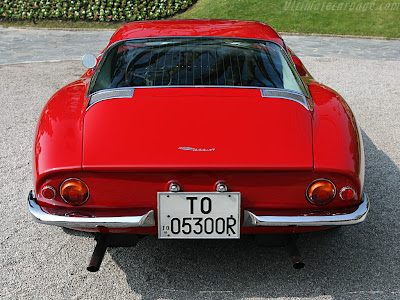 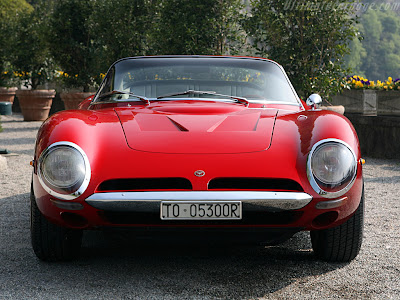 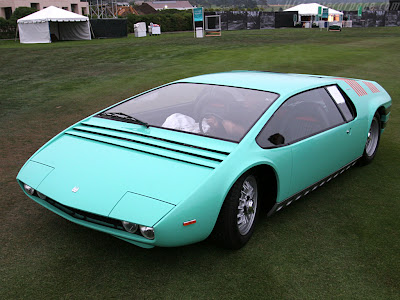 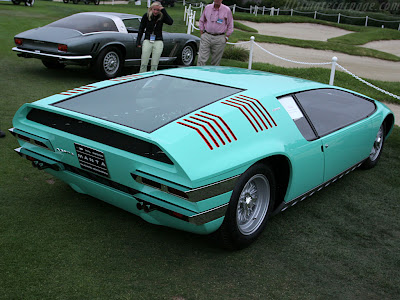 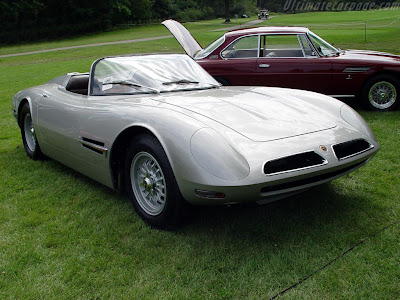 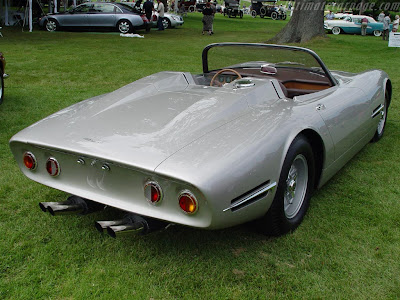 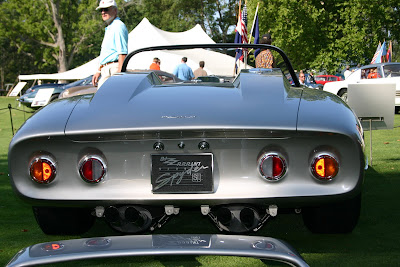 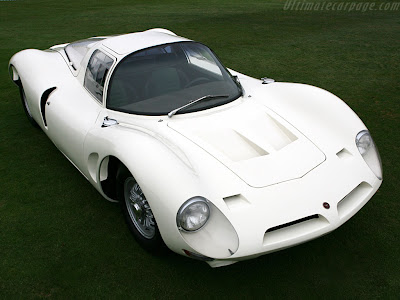 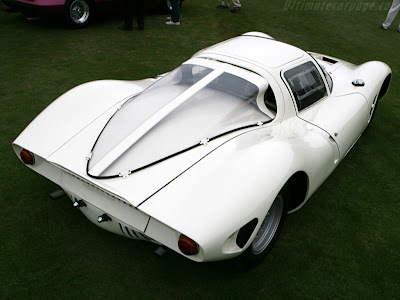 Pitstop 4 – Iso
Not longer after Bizzarrini left Iso, Rivolta came back to him. This time, Rivolta wanted him to build a mass-produced luxury car. But Bizzarrini at that time had a full-blown racing machine in mind. But Rivolta was insistent and so Bizzarrini worked with Rivolta’s engineers supervised by chief engineer Bertone to build the A3/L model while working on his own ideas separately which resulted in the A3/C model. The A3/L, named the Iso Grifo, was a huge hit in the Turin Auto Show in October 1963. The A3/C was not far behind in tasting success, as it won the prestigious Le Mans 24 Hour race in its class. After this, following a dispute with Rivolta, Bizzarrini decided to walk. Rivolta retained the rights to the ‘Grifo’ name but Bizzarrini walked out with the rights to the A3C. Bizzarrini went on to build 2 more successful prototypes from his Livorno-based company based on the A3C – the 5300 GT Strada, a mass-produced car and the 5300 GT Corsa, a racing machine.

After 1969, Bizzarrini moved on to work for Opel and GM among other major manufacturers. His restored Strada 5300 was featured in the Pebble Beach Concours Parade of Elegance in California and was admired universally.

The Strada combined driveability with high speeds and performance and was acclaimed to be ‘among the fastest grand touring cars in the world’. Inspite of working with many successful designs, very few of Bizzarrini cars were mass-produced more of them being one-off, made-to-order jobs. Even today, car aficionados hold his designs dear to their hearts and his restored cars are a huge hit in every show that they are staged in. 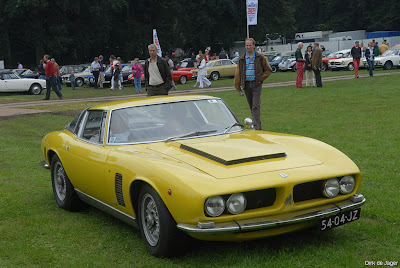 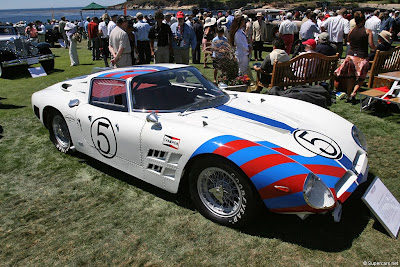 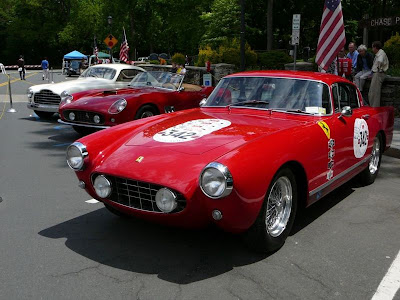 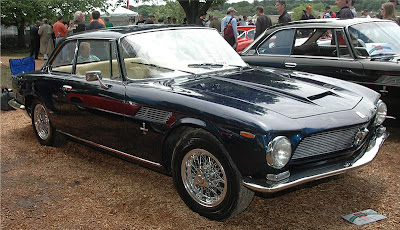 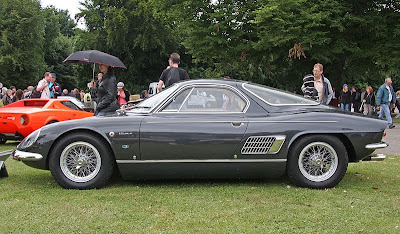 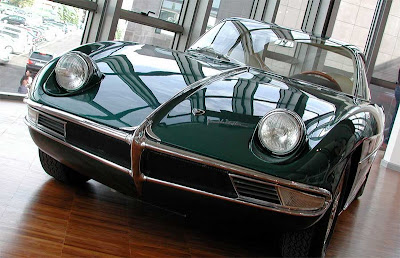 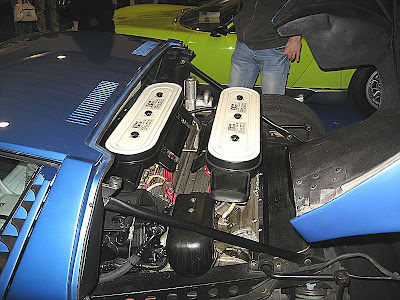